Yellow, matted grass in spring is indicative of snow mold, a nonlethal fungal disease that attacks when the lawn is asleep for the winter. If your lawn is prone to snow mold, proper fall care is your best defense against this unwanted winter guest.

Overly long grass that falls over on itself can create the perfect conditions for mold after it snows. Your goal is to get the lawn down to a 2-inch height by the last mowing of the season, thus leaving it too short to easily fall over or mat.

If you've been maintaining a 3 ½ or higher grass height through summer, don't cut it off all at once. Instead, gradually decrease the mower blade height by ½ inch weekly until you're at the 2-inch height by the last mow of the season.

Put Some Holes In It

Poor drainage and air circulation is another common cause for snow mold, since it needs moist conditions to survive. Aerating your lawn once yearly is usually enough to open up the soil so snow can drain quickly once it begins to melt. Minimizing standing water also helps prevent surface ice formation.

A core or plug aerator works best, because the holes it creates are loose and increase both drainage and air circulation. You can aerate at any time of the growing season, but it's usually done as an early summer or fall chore.

Off With the Thatch

Thatch is that thin layer of decaying organic matter that develops on top of the soil in your lawn. Generally, it's a good thing – it acts as a natural mulch, which protects grass roots. It becomes a problem when the layer gets too thick and holds in too much moisture, providing a food source for molds. If the thatch is over ½ inch thick, remove it with a dethatching rake.

How often you dethatch depends on your lawn. Some lawns never need dethatching, while others require it annually. Generally, if you have a lot of fall leaf matter that ends up on your lawn, you'll be dethatching more often.

The final temptation to snow mold spores is a moist blanket. The simplest one to remove is the blanket created by fall leaves. Rake thoroughly and rake often in the fall, with the goal of having as few leaves as possible on the ground when the first snow comes. Leaves trap moisture once it snows, creating a perfect spot for snow mold.

Snow itself is also an adequate cover for moss. If you have shaded patches that are melting slowly, rake over them a few times to spread out the snow and speed the melting process.

If snow mold does take hold, don't despair. Although it may not look that great at first, it usually fixes itself as the temperature warms. After a few mowings, the damaged grass blades will be gone, and your lawn will look good again. For more information, see http://www.headmanlawncare.com. 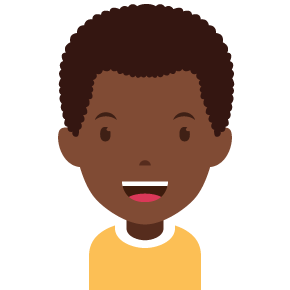 Keeping your lawn looking great is about more than just competing with your neighbors about who has the best looking grass or rosebushes. A great-looking lawn helps improve your curb appeal and property values, and looking at it just makes you feel good. Personally, I don’t actually like doing landscaping work, but I do love the look of a well manicured lawn, and I know that my home’s gorgeous landscaping made a big difference the last time I sold a home, so I hire someone to do my landscaping. Whether you’re like me, or you’re an avid DIYer, this blog contains tips that will help you understand how to perfect your home’s lawn.